Conditions neurologists diagnose and treat include:

Conduct diagnostic tests: After the history and the examination, the neurologist usually understands the problem or knows which other tests need to be done. Test often help the neurologist confirm diagnosis and may lead to a specific treatment. These tests may include: EEG EMG MRI CT scan Carotid ultrasound ...

If testing is ordered, the test will be explained in detail so you understand the test before having it done. 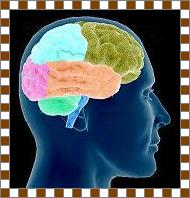 What is the nervous system?

General signs and symptoms that may indicate that a patient needs to see a physician for possible nervous system disorders include: persistent or sudden onset of a headache, a headache that changes or is different, loss of feeling or tingling ,weakness or loss of muscle strength ,sudden loss of sight, memory loss, impaired mental ability, lack of coordination, muscle rigidity, tremors and seizures, back pain which radiates to the feet, toes, or other parts of the body

Physicians who treat nervous system disorders may have to spend a lot of time working with the patient before making a probable diagnosis of the specific condition. Many times, this involves performing numerous tests to eliminate other conditions, so that the probable diagnosis can be made.